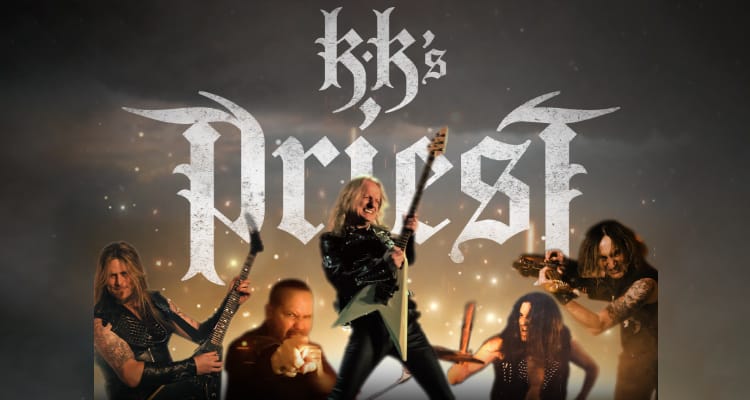 After KK Downing’s 2011 departure from Judas Priest, the legendary guitarist and long-time band member (since 1969) faded from the public eye for a while. Then in 2019 KK made a surprise appearance at Bloodstock when he joined Ross the Boss for the last 20 minutes of their set, and on this occasion he also received his Heavy Metal Hall of Fame Award, which his former bandmates in Priest had been given at Wacken. T

he crowd’s wildly enthusiastic reaction was an additional incentive for the guitarist to continue with his own project. At the end of that year and backed by several friends including co-former Priest member Tim 'Ripper' Owens, KK performed his first full show in a decade. KK has obviously (co-)authored a slew of Judas Priest classics but his creative juices were flowing and he couldn’t wait to write new material. KK forged a new and permanent outfit called KK’s Priest and apart from vocalist Ripper Owens he was joined by guitarist A.J. Mills, former Voodoo Six bassist Tony Newton and DeathRiders/Cage drummer Sean Elg. ‘Sermons of the Sinner’ dropped in 2021 and was met with critical acclaim. According to Downing it’s an album that contains the kind of songs the fans want to hear from him. Two years later they are touring the globe and in addition to their own songs the set list also includes a string of classics from the band KK was a key part of for over four decades. Needless to say, Alcatraz is overjoyed and proud to welcome KK’s Priest as its headliner for day two.