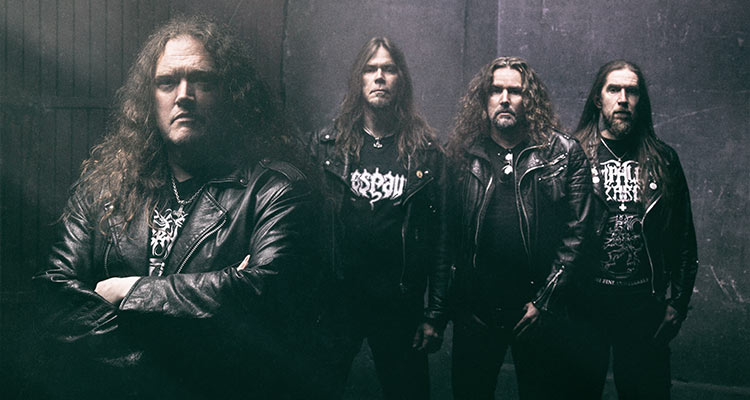 Thanks to ‘Where No Life Dwells’ (1991), ‘Shadows in the Deep’ (1992) and ‘Across the Open Sea’ (1993), Unleashed firmly inscribed Sweden on the world death metal map and together with their countrymen Entombed, Dismember and Grave they were the driving force behind the legendary Stockholm death metal scene. Some would argue that the constant quality of their catalogue makes them the absolute ringleaders of the genre, especially since they’ve always refused to compromise their integrity by catering to the flavour of the day. Vocalist Johnny Hedlund wears his dislike of Christendom on his sleeve but interestingly enough he prefers to pair this with a fascination for Scandinavian mythology rather than lose himself in satanic drivel. This past decennium they’ve focussed on an ongoing narrative about Yggdrasil, the Tree of Life, and the adventures of Odalheim and the Midgard warriors. Johnny’s concept meanwhile spans five albums.