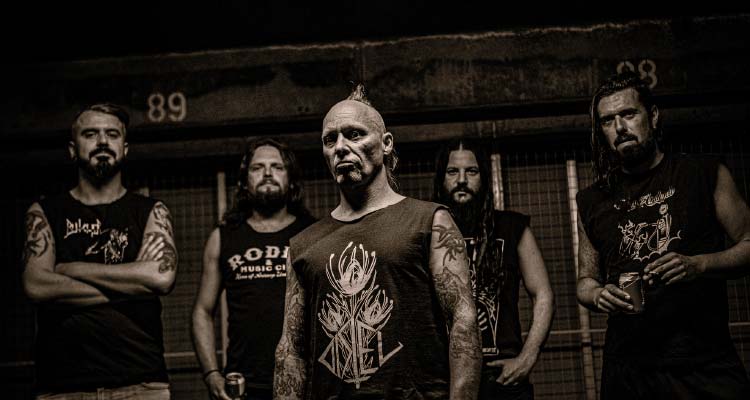 BARK has become an established force on the metal scene. Ever since the release of their self-titled EP in 2015 the Antwerp natives have gone from strength to strength.

Their first full-length effort ‘Voice of Dog’ confirmed that initial impression with a well-crafted, skull-crushing blend of thrash, heavy metal, hardcore, stoner and punk. In just a few years’ time they went from smaller but highly publicised club shows to bigger festival stages. Gigs at such venues as Zwarte Cross, Graspop and Alcatraz turned droves of new fans on to the band. Follow-up ‘Like Humans Do’ (2017) showcased more varied and complex songwriting and even the few slower, chugging tracks on the album (e.g. ‘Last Man Standing’) have enough bite to eviscerate a grown ox with a dull potato knife. 2020 saw the release of the all-important third album. Produced by guitarist Martin Furia, who has previously worked with the likes of Nervosa, Flotsam & Jetsam and Destruction, ‘Written in Stone’ completely disregards genre boundaries and that is exactly the way the fans like their BARK. At Alcatraz 2020, the rabid dogs in front of the stage in La Morgue were whipped into a frenzy, frothing at the mouth while roaring along with the ferocious growls of vocal powerhouse Ron Bruynseels. Sometimes too much of a good thing still isn’t enough.